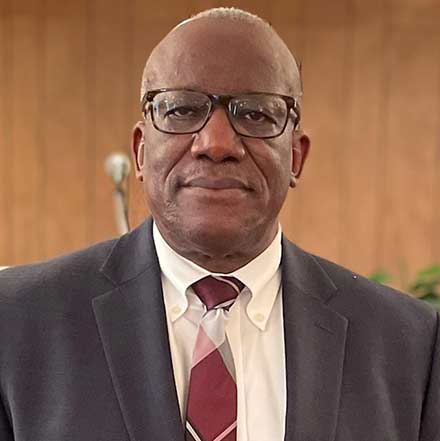 Rev. Ledbetter is the second oldest of ten children born to the Late James and Ora Ledbetter, Sr. He is a graduate of Travelers Rest High School, Benedict College and the American Baptist College.

He is married to Annette Glymph Ledbetter and they have two children; James Ledbetter III and Marcus Ledbetter. They have five grandchildren.

He was employed with the South Carolina Department of Social Services for 22 and a half years. During his employment, he served on various community boards which included Greenville Housing and Community Grants. He was a volunteer of the Big Brother's Program. He managed the DSS Satellite Office in Greer SC for several years prior to his retirement. He has provided weekly Bible Study to the Generation Group Home in Fountain Inn, SC for over sixteen years.

One of his favorite scriptures is Psalm 19:14 "Let the words of my mouth, and meditation of my heart, be acceptable in thy sight, O Lord, my strength, and my redeemer."

But the most important thing is that he is born again.